The Waltons Cast To Reunite

Several surviving members of the cast of the long-running CBS hit The Waltons are set to reunite as part of Stars in the House, a daily, streaming series created to benefit The Actors Fund and its services, which are providing financial help to people in the arts during the pandemic. Created by Earl Hamner, Jr. and based on his 1961 book Spencer's Mountain, The Waltons launched with the TV movie The Homecoming: A Christmas Story in December 1971 and then ran for nine seasons on CBS, from 1972 until 1981. During that time, it became a massive hit and such a cultural touchstone that decades after its cancellation, its "good-night, John Boy" sequence has continued to be parodied and homaged.

Wilford Brimley, arguably the most instantly recognizable member of The Waltons' main cast, passed away in August of 2020.

The Waltons centered on a rural Virginia family's lives and stories during the Great Depression and World War II. Like Little House on the Prairie, which also had a lengthy television run in the '70s and '80s, it's a romanticized version of the author's own life, drawing from Hamner's upbringing. The series was one of the most beloved family-focused shows in TV history, drawing praise from critics, audiences, and even folks like former President George H.W. Bush.

Organized after the lights went out on Broadway by SiriusXM host Seth Rudetsky and his husband, producer James Wesley, Stars in the House reunites casts of TV and Broadway projects including Melrose Place, Frasier, SCTV, Rent, and A Chorus Line. Between March and September of 2020, it had raised over $500,000 to help those put out of work by the pandemic.

Join your favorite Virginia family alongside all their adventures—again!—by tuning in to The Waltonsthis month. All nine seasons of the series are now available to stream via Amazon Prime Video, which means thatyour favorite television show from yesteryear is just a few clicks away.

The now-classic series aired from 1971 to 1981. It follows the life of the Waltons, a family living in the mountains of Virginia throughout the 1930s and 1940s. Amazon describes it this way, "In the dire days of the Depression, a Virginia family stays together in this beloved and wholesome saga, seen through the eyes of John-Boy (Richard Thomas), the eldest of seven children." In season one alone, as described by Amazon, "John-Boy saves his father's life; beloved mother Olivia copes with polio; and the Walton family bond endures a variety of other trials." Throughout the series, the Waltons come together as a family to help others, withstand financial hardships and the tumult of World War II, and learn many lessons about courage and kindness along the way.

All nine seasons of The Waltons are currently available to stream via Amazon Prime Video. Tune in until the end of each episode, and you'll hear that memorable finale wishing each other goodnight—can you still recite it along with the Waltons?

Are you a fan of The Waltons? Was it one of your favorite shows growing up, and do you plan to re-watch it this month?

Kami Cotler Takes Us on a Walk Down Memory Lane…Up Walton’s Mountain. 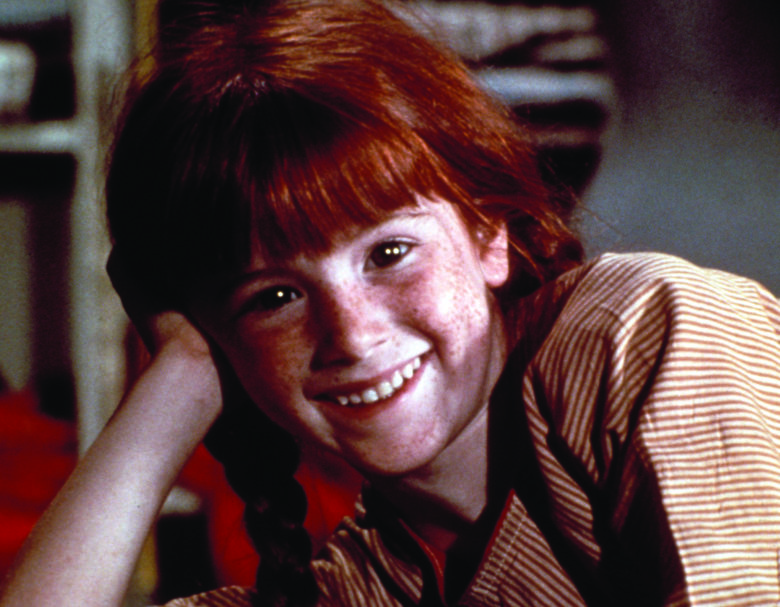 She was just six years old when she originated the role of Elizabeth Walton on the hit series, The Waltons. So what does Kami remember about her years in pigtails and saddle shoes? Well, the memories pop up at the most unexpected times, and she went to Facebook to share them with all of us.

And when her husband asks a simple question.

My husband asked about our hair on the show. It reminded me how the boys suffered with short, above the collar hair when…

So how’s your memory of the show? (Ha! You’re Waltons fans! You can probably recite dialogue!) See if you remember which episode the photos below are from!

If I happen to catch an episode of The Waltons while channel surfing I am usually astonished at how little I remember…. 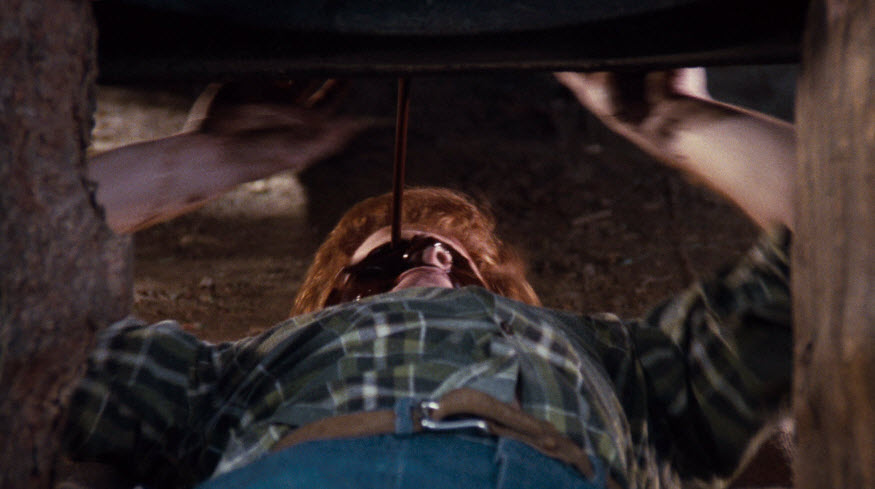 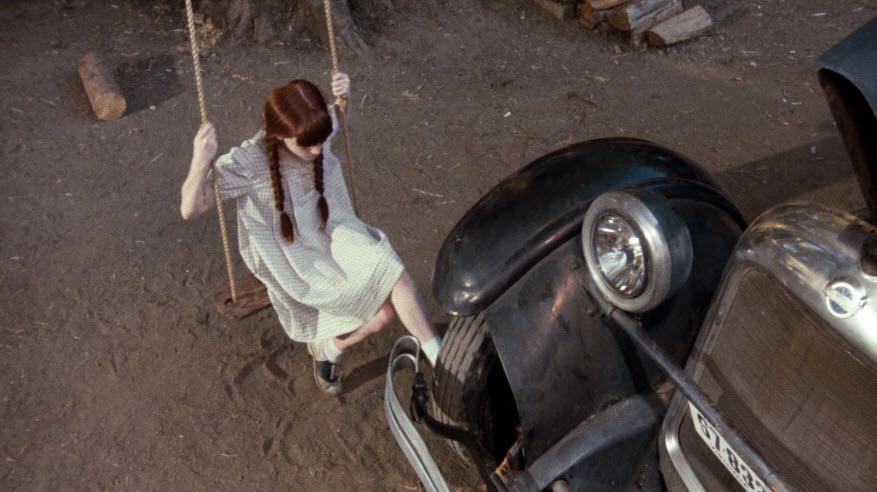 Love The Waltons like we do? Get our newsletter!

Sours: https://www.insp.com/blog/kami-cotler-takes-us-on-a-walk-down-memory-laneup-waltons-mountain/
The Life \u0026 Times of The Waltons

From Wikipedia, the free encyclopedia

Jump to navigationJump to search

The following is a list of episodes and movies for the CBS television show The Waltons.

‘The Waltons’: Judy Norton Explains the ‘Rebellion’ of Her Character Mary Ellen in ‘The Quilting’ Episode

The Waltons actress Judy Norton once explained the rebellion of her character Mary Ellen in an episode called The Quilting. Walton, who played Mary Ellen throughout a good chunk of her childhood, now has a youtube series called Behind the Scenes of The Waltons. In the series, she takes a look at everything you may not know about The Waltons.

She often talks about her own opinions as well, and sometimes analyzes individual episodes herself. The series is absolutely fun, and her discussion about The Quilting approached the episode from her own unique perspective.

The Quilting followed Mary Ellen, who took a stand against her grandmother and the tradition of her town. Their grandmother is making a quilt for Mary Ellen’s customary coming-of-age party. It was an old tradition to announce to the community that a woman had come of age. This was a way to say she was ready for men to court her. Mary Ellen, who wasn’t interested in marriage and found the custom outdated, rebelled against her Grandmother.

“The Quilting is an episode from season 4 and really takes us through the transition of Mary Ellen being a child and a teenager to being a young lady,” she explained.

The Waltons was set during the depression. It often featured characters dealing with the conventional pains of young adulthood contrasted with the difficulty of the time period.

“She is not going in that direction Meekly,” Norton continued “But in typical Mary-Ellen fashion she is digging in her heels and determined to do things the way she wants and not the way her mother, or particularly her grandmother, in this case, feels she should.”

While the episode pointed out some scary experiences women had to go through at the time, it also tackled the interesting nature of a generational divide. While Mary Ellen couldn’t hate the idea of the quilting more, It was a treasured tradition for her Grandmother.

‘The Waltons’ Is Approaching its 50th Anniversary

The Waltons is approaching its 50th Anniversary. The show premiered in 1972. Fans who are wondering about a reunion can rest assured that something will happen. A lot of the cast still stays in touch, and Judy Norton has confirmed that they’ve recently had a zoom call to talk about a reunion.

“We are exploring a number of options for 2022 to see about celebrating the 50th anniversary of the beginning of ‘The Waltons’ series,” she said in another youtube video. Whatever they come up with, it should be lovely for fans to see everyone together again.

The Waltons touched the hearts of millions for years. Through re-runs, it still does. Judy Norton has brought a fresh new perspective to the show with her new youtube series, keeping the history of the show and the memories from the set alive and preserved.

Here is her video about The Quilting:

Downhome Showdown: ‘The Waltons’ & ‘Little House On The Prairie’ Casts To Battle On ‘Stars In The House’

In a competition that’s been brewing since the 1970s, the original casts of the TV family classics The WaltonsandLittle House on the Prairie will come face-to-face (if remotely) in a special Game Night contest on Stars In The House.

As always with Stars In The House, the proceedings will raise money for The Actors Fund, and will stream on YouTube and at starsinthehouse.com. Viewers will be able to submit questions for both casts (and make donations) during the live event.

Hosted by Stars In The House creators and executive producers Seth Rudetsky and James Wesley, the online chat series has raised more than $1,076,000 to benefit The Actors Fund (and $264,000 for other charities) since debuting on March 16, 2020, at the start of Broadway’s Covid pandemic shutdown.

The casts of The Waltons and Little House have appeared on previous Stars In The House reunion episodes, but never together. Hopes of a showdown were stoked during those previous episodes when the longtime friendly rivals expressed their interest in just such a competition.

Little House on the Prairie, which also starred the late Michael Landon, ran on NBC from 1974 to 1982 and featured the 19th Century characters created by Laura Ingalls Wilder in her best-selling series of Little House books. The Waltons was broadcast on CBS from 1972 to 1981 and chronicled a fictionalized version of creator Earl Hamner Jr.’s Virginia mountain family during the Depression and World War II. (Both series also inspired various TV movie offshoots.)

I thought about what we just did. But I didn't have the slightest remorse or regret. I only overwhelmed with love for my daughter, who gave me such happiness.