FORT WAYNE, Ind. (WPTA21) - Area YMCA members are learning about reopening plans for the multipurpose facilities in and around Fort Wayne.

In an email, "The Y" said it will resume four child care programs -- operating at Jorgensen, Parkview, Renaissance Pointe and Whitley County -- on Monday, May 11.

On May 26, general activities will resume at its buildings in Allen, Whitley and Wells counties.

Officials said restrictions will be in effect to ensure social distancing, and not all activities will be immediately available.

Contact sports, such as basketball, racquetball and volleyball, will not take place in an "open play" form. The email indicates "staff-led activities" will happen in those areas.

YMCA pools will open with capacity limits enacted. Workout areas will be open, but with limitations on equipment use and extra attention to sanitation.

The YMCA had suspended billing during its shut-down. Those who make monthly payments will see them resume, with mid-May payments processing on June 1, instead.

This year, the MetroWest YMCA updated its lessons to increase the accessibility and enjoyment of swimming to all ages and skill levels. The latest evolution of Y Swim Lessons accommodates varying abilities to help foster a sense of achievement as swimmers' progress between levels.  Through this latest approach to swim lessons, kids of all ages can progress at their own pace while building the confidence needed to become a successful swimmer.

Y Swim Lessons have been re-organized into three new categories:

Registration for Swim Lessons is going on now.  Should you have a question as to which level you should sign yourself or your child up for, please view the new Swim Lesson Selector Chart (pictured below) or schedule a Swim Evaluation at the Member Service Desk.  Swim evaluations are held on Saturdays from 2:00-2:15pm.

We look forward to teaching you and your children a valuable life saving skill...the skill of swimming. 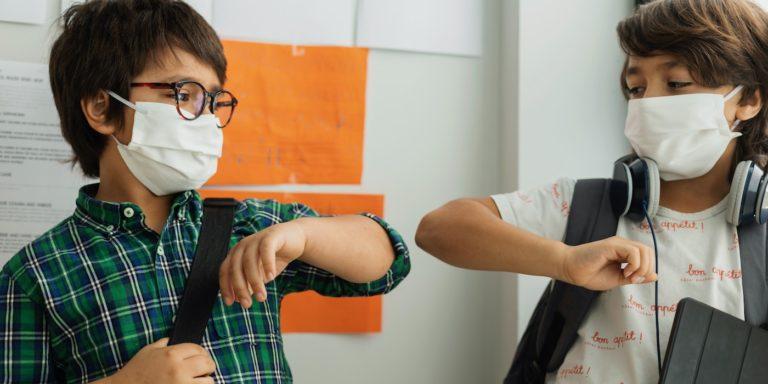 School’s Out Camp is available on school holidays and teacher planning days along with Winter Break and Spring Break. Join us for fun games and activities that are sure to keep kids having fun and learning along the way. They will have the opportunity to make new friends and engage in indoor and outdoor activities in a safe, positive environment.

Please help us keep this calendar up to date! If this activity is sold out, canceled, or otherwise needs alteration, email [email protected] so we can update it immediately.

Dates, times and prices vary by location. Plus, you can sign up for any number of days. Both members and non-members are welcome to attend, so invite your friends. Register today at a YMCA near you!

*Times, dates, and prices of any activity posted to our calendars are subject to change. Please be sure to click through directly to the organization’s website to verify.

Description: The Y is a powerful association of men, women and children from all walks of life joined together by a shared passion: to strengthen the foundations of community. With a focus on youth development, healthy living and social responsibility, the Y nurtures the potential of every youth and teen, improves the nation's health and well-being and provides opportunities to give back and support neighbors.

Where possible, ChildcareCenter provides inspection reports as a service to families. This information is deemed reliable, but is not guaranteed. We encourage families to contact the daycare provider directly with any questions or concerns, as the provider may have already addressed some or all issues. Reports can also be verified with your local daycare licensing office.

If you are a provider and you believe any information is incorrect, please contact us. We will research your concern and make corrections accordingly.

Be the first to review this childcare provider. Write a review about YMCA of Florida's First Coast - DuPont Family YMCA. Let other families know what’s great, or what could be improved. Please read our brief review guidelines to make your review as helpful as possible.

ChildcareCenter.us does not actively screen or monitor user reviews, nor do we verify or edit content. Reviews reflect only the opinion of the writer. We ask that users follow our review guidelines. If you see a review that does not reflect these guidelines, you can email us. We will assess the review and decide the appropriate next step. Please note – we will not remove a review simply because it is negative. Providers are welcome to respond to parental reviews, however we ask that they identify themselves as the provider.

Destiny can spot rich soil. She knows how to plant seeds a certain distance from each other to give them room to grow. She knows when to water and harvest them. And she knows what to do with the harvest because her favorite thing to eat is salad.

"I'm a health nut," she said. "My mother said when I was 2 I started eating fruits and vegetables."

Destiny, who just finished fourth grade, learned the tools and tricks of the gardening trade over the past year in the after-school program she attends at the duPont YMCA Youth Development Campus in Jacksonville's San Jose area. AmeriCorps worker Katherine Cox, who is on staff at the duPont Y, developed a healthy food curriculum for students that included growing a garden on campus and distributing the harvest to neighborhood families through a lottery system.

As many as 100 youth got involved at one time or another. Gardener-in-training Destiny was so enthusiastic that she became a "role model" for other students, spreading her newfound knowledge, Cox said.

"Kids are able to share with other kids and their families. It's important people learn how to grow their own food," she said.

Such self-sustainability is particularly key for people who live in food deserts, which are urban areas where there is little or no easy access to affordable or quality fresh food. There are multiple food deserts in Jacksonville, including spots near the duPont Y, she said.

At the duPont Y, Cox was placed in charge of using the 6-foot-tall growing tower to show youth and families how to grow food in small spaces. She had no gardening experience and was "terrified" she would break the tower or generally fail in her assignment, she said.

But she got help from Atlantic Beach Urban Farms, the Duval County Cooperative Extension Office and the National Health Corps and did her own research. She not only learned about vertical growing systems and gardening in general, but food deserts and health disparities, particularly in Jacksonville.

She said she was "inspired to … create health sustainability by creating a curriculum that taught children more than just how to grow their own food. They also learned about building community, celebrating diversity teamwork and responsibility."

Cox formed a gardening club at the duPont Y. She and the youth members maintained the garden tower, where kale, spring lettuce and other salad fixings grew. Also, they planted additional fruit and vegetable beds in an adjacent narrow stretch of dirt, which became home to tomatoes, cucumbers, watermelon, squash, okra and flowers.

Also, she created a harvest lottery system, including a bilingual ticket. Every three to four weeks, a winning family received free produce. About 20 families in the duPont area received food.

As word spread about Cox's success, other Y branches and schools asked her for help with their tower garden programs. She is relocating to Oregon at the end of July, but said she hopes the curriculum will continue to spread.

"I really want it to keep going," she said. "There is so much potential."

"I like having nature around us," she said. "It's the only way that I could survive."

Stay Up to Date

See how busy your YMCA is before making the trip.

Sorry there are no upcoming Events or News for this location