Legion M (founded 2016) is a production company that styles itself as the world's first fan-owned entertainment company.[1]

Legion M was founded by Paul Scanlan and Jeff Annison in March, 2016.[2] Legion M is the world's first entertainment studio that allows fans to invest in and be part of the creation of new movies, television shows, virtual reality and other pieces of entertainment content.[3] Scanlan and Annison were able to create Legion M after the SEC passed Title IV of the JOBS Act, which allowed non-accredited investors to make investments in small businesses.[4] Legion M is currently partnered with Seth Green, co-creator of Emmy-winning TV series Robot Chicken, Gaston Dominguez of Meltdown Entertainment, and gaming studio Animal Repair Show.[5][6]

Legion M added a unique creative ally to its side by partnering with Alamo Drafthouse Cinema. This partnership adds a distribution component for Legion M as well as strengthening its expertise in film.[7]

On August 14, 2016, Legion M closed its initial funding round, and became the second company utilizing Reg. CF to earn $1,000,000. This record setting offering was completed in just three months with the contributions coming from over 3,000 investors.[8]

Legion M worked with the SEC to launch their 2nd funding round as a Reg A+ in March 2017.[9] A Reg. A+ round allowed for a higher funding threshold ($50,000,000), which provides two benefits to Legion M; the addition of capital, and the possibility of additional individual investors. The latter benefit being especially important as Legion M strives forward toward its goal of 1,000,000 investors.[10] Their Reg. A+ 2nd round was extended through Sept. 2, 2017 to accommodate for the growing demand from fans.[11]

On May 16, 2018, Paul and Jeff rang the opening cowbell on one of their frequent Facebook Live updates to announce the launch of Legion M's round 3 as a Reg. CF.[12] With round 3 closing date right around the corner, they have already oversubscribed again.

On December 12, 2018, Legion M and Chicken Soup for the Soul Entertainment ("CSS Entertainment") announced the formation of a strategic partnership to bring community driven content to television fans. The companies will develop a variety of crowdsourced TV projects, including POSITV, a weekly collection of inspirational news stories submitted by people from around the world; a sketch comedy show called Comedy Royale where viewers play the role of production executive as up-and-coming creators, actors, and others compete for cash, prizes, and opportunities to break into the entertainment industry; a Shark Tank-like show called Up$ide where viewers become venture capitalists as entrepreneurs pitch their ideas on live television; and a weekly music showcase called New York Rock Exchange that puts audience members in a music executive's seat. Another series, titled Legion M, will allow creators and directors to pitch their TV or film concepts to a TV audience who will green light their favorite projects into production.[13]

Legion M partners with filmmakers to create and/or distribute movies and television shows. Some of Legion M's projects include the following: 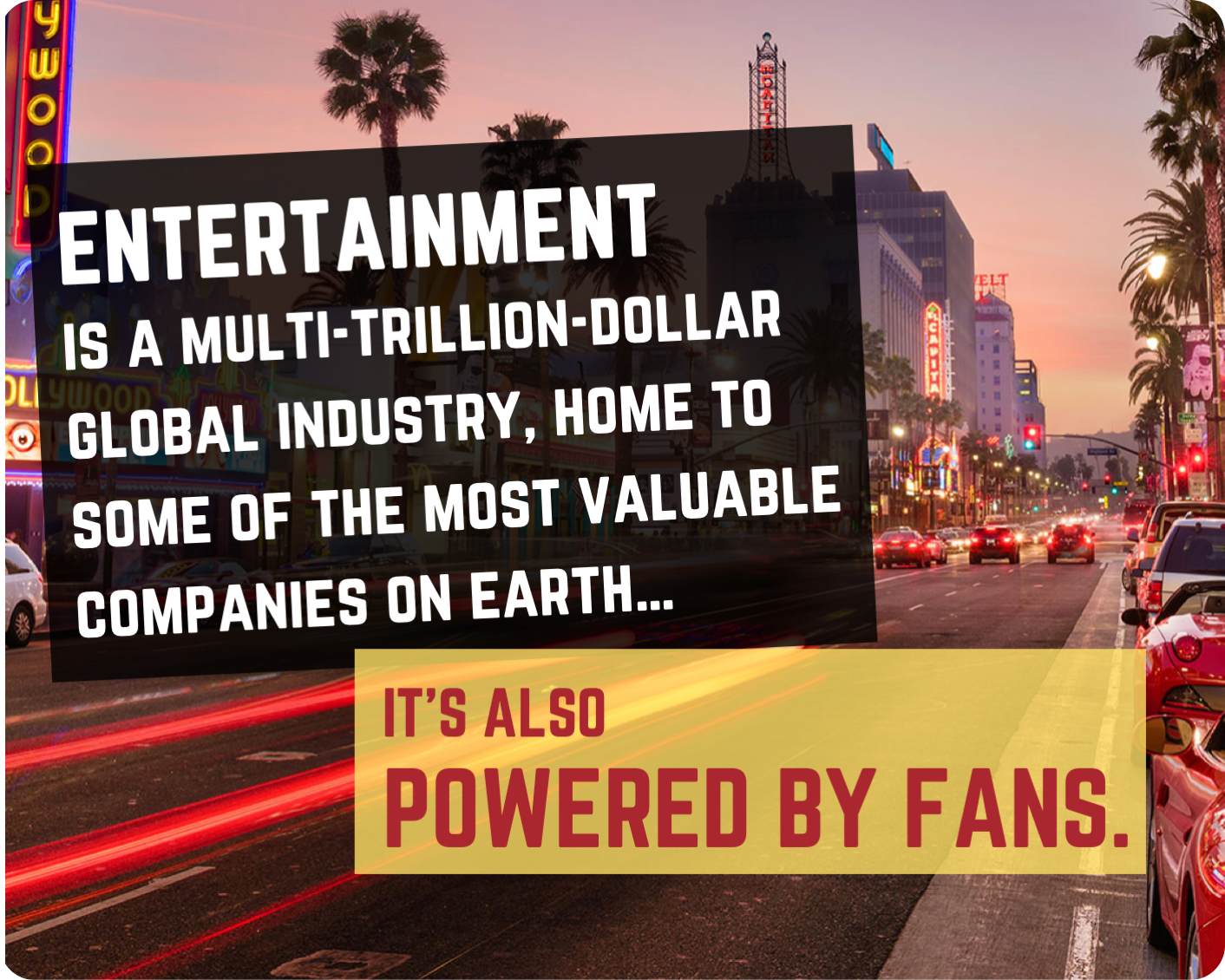 We founded Legion M because we saw a once-in-a-lifetime opportunity to create an entertainment company OWNED by fans. 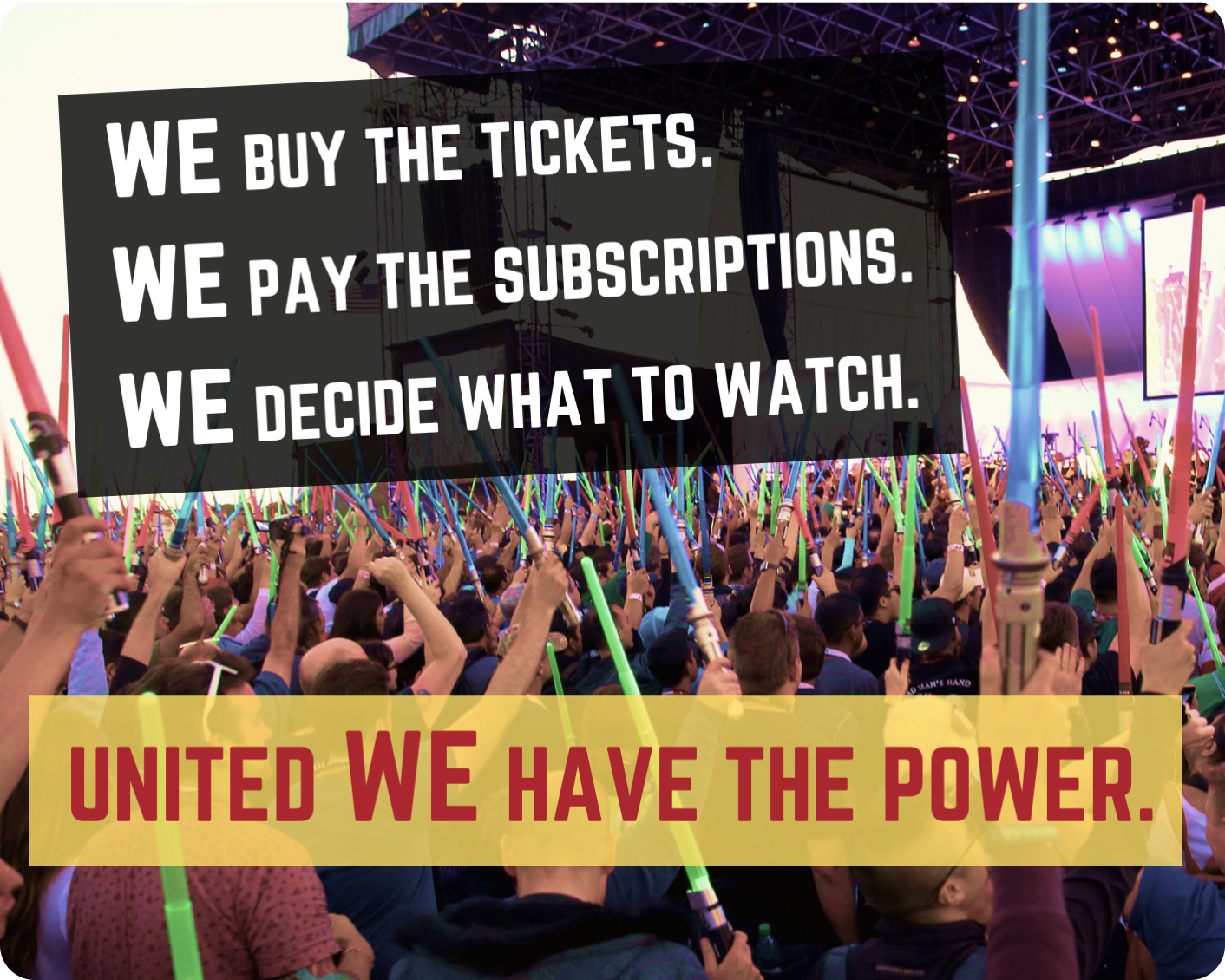 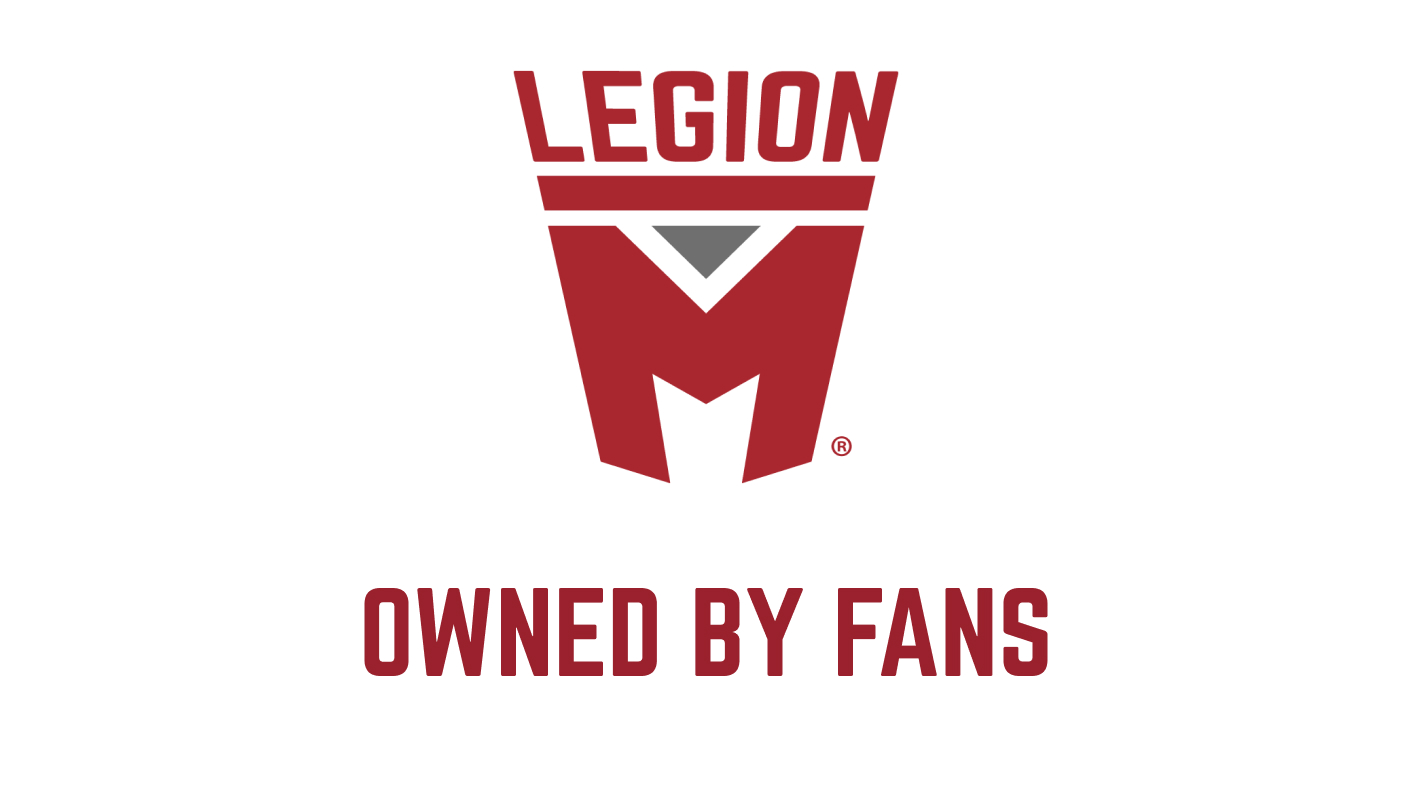 Legion M’s logo is the Roman numeral for 1 million. That's because our long-term goal is to unite 1 million fans as shareholders of the company, creating a massive grassroots audience — a Legion of fans — that we believe could make Legion M one of the most influential companies in Hollywood.

Co-founders Paul Scanlan and Jeff Annison are Emmy-winning serial entrepreneurs and digital pioneers. In 1999, the duo (along with one other cofounder) started MobiTV, the first company in the U.S. to launch live streaming television on mobile phones. From 2003 to 2009, the trio grew the company into a worldwide leader in streaming media with 300+ employees, more than $100 million of VC investment, and an Emmy Award for innovation in television. 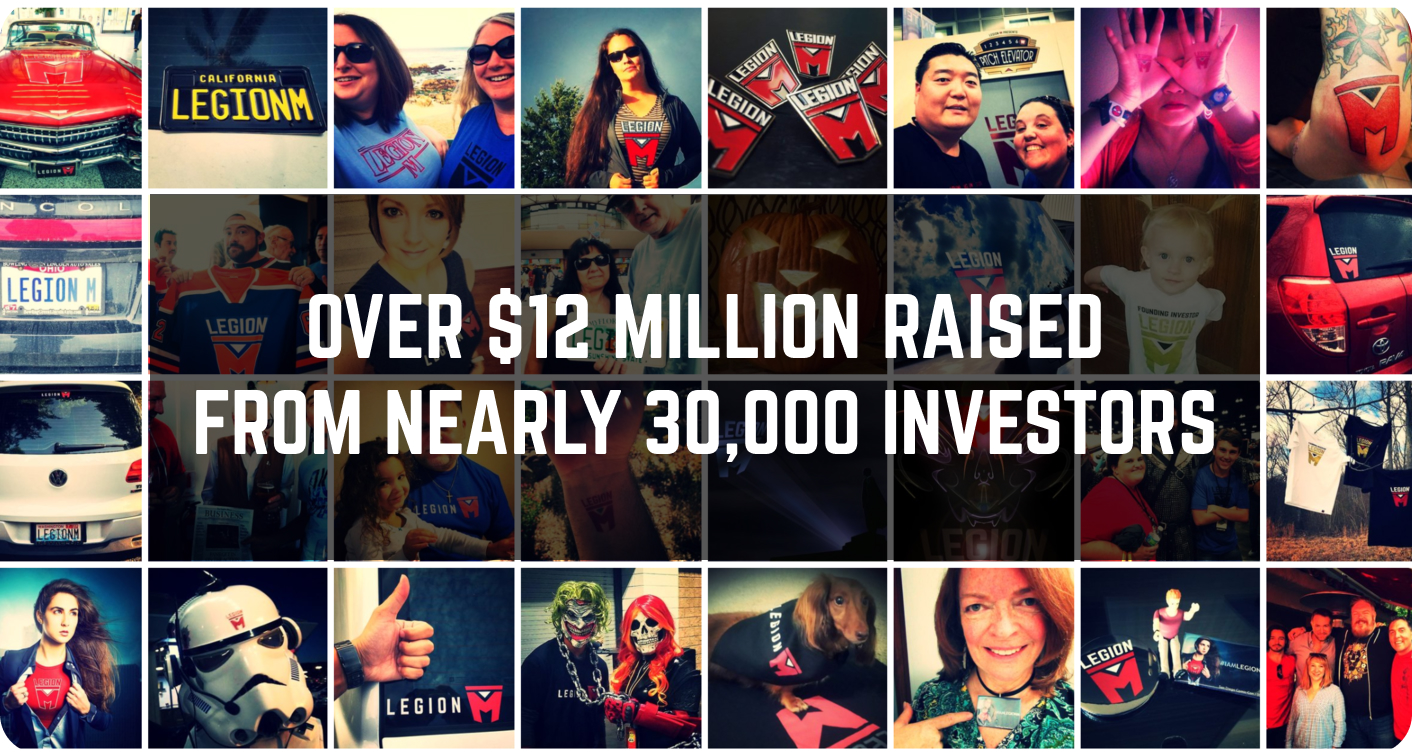 Since Legion M was founded in 2016, we’ve developed a slate of projects diversified across genre, medium, business model, and risk profile. We’ve demonstrated an ability to work with top tier partners, from billion-dollar producers like Dean Devlin (Independence Day, Stargate, Leverage, The Librarians) and Michael Uslan (Batman, The Dark Knight, Joker) to renowned creators like Stan Lee (creator of the Marvel Universe) and Kevin Smith (Clerks, Dogma, Mallrats) and top-shelf distribution partners including NEON (Parasite, I Tonya), Bleecker Street (The Assistant, Beasts of No Nation), Searchlight (JoJo Rabbit, The Shape of Water), SpectreVision (No Man of God, Color out of Space) and Nederlander Worldwide Productions (Hamilton, Wicked, The Lion King). 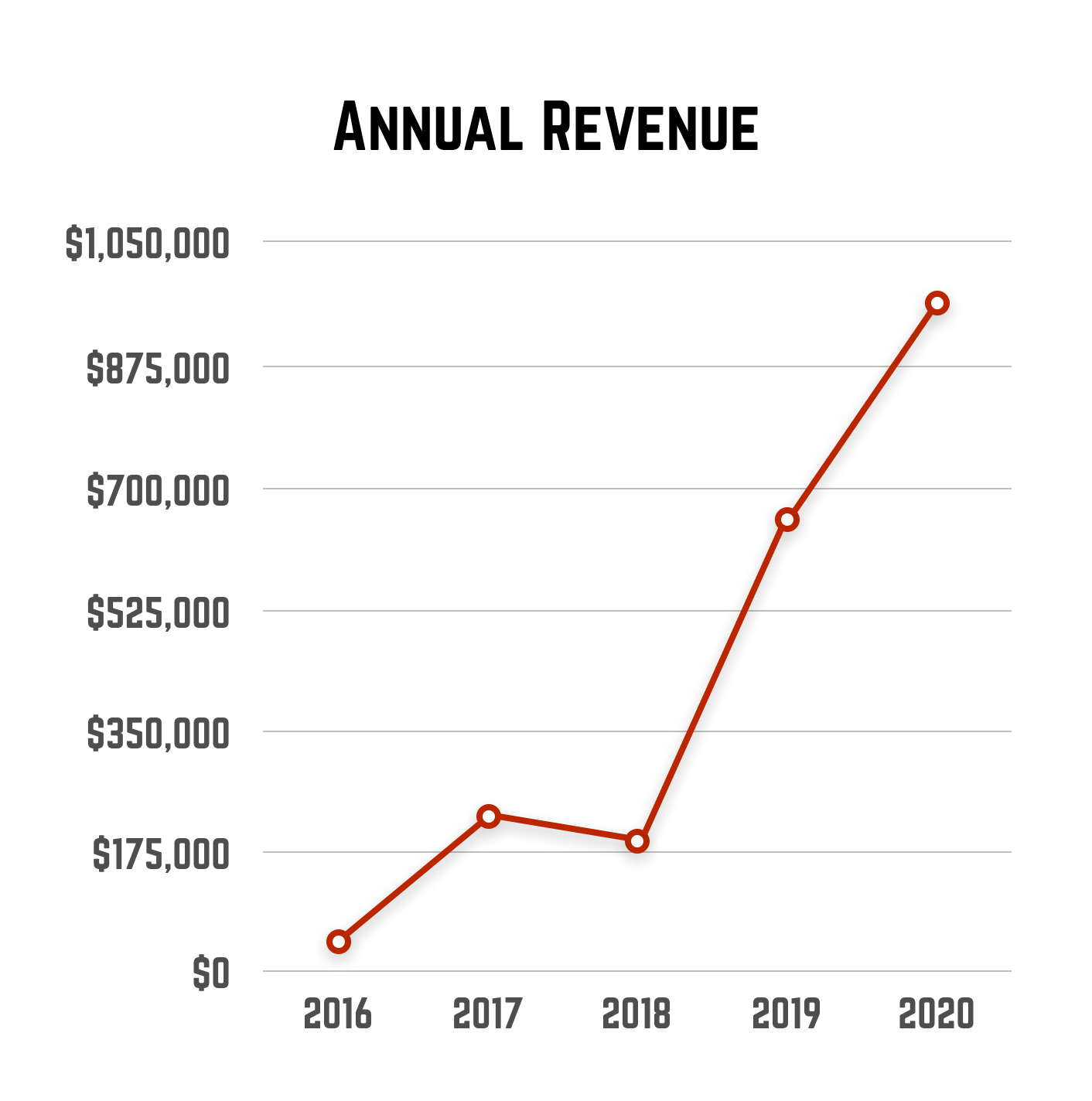 Note: This chart shows gross revenue only. For complete audited financial statements along with management's discussion and analysis of the results, please see the offering document. 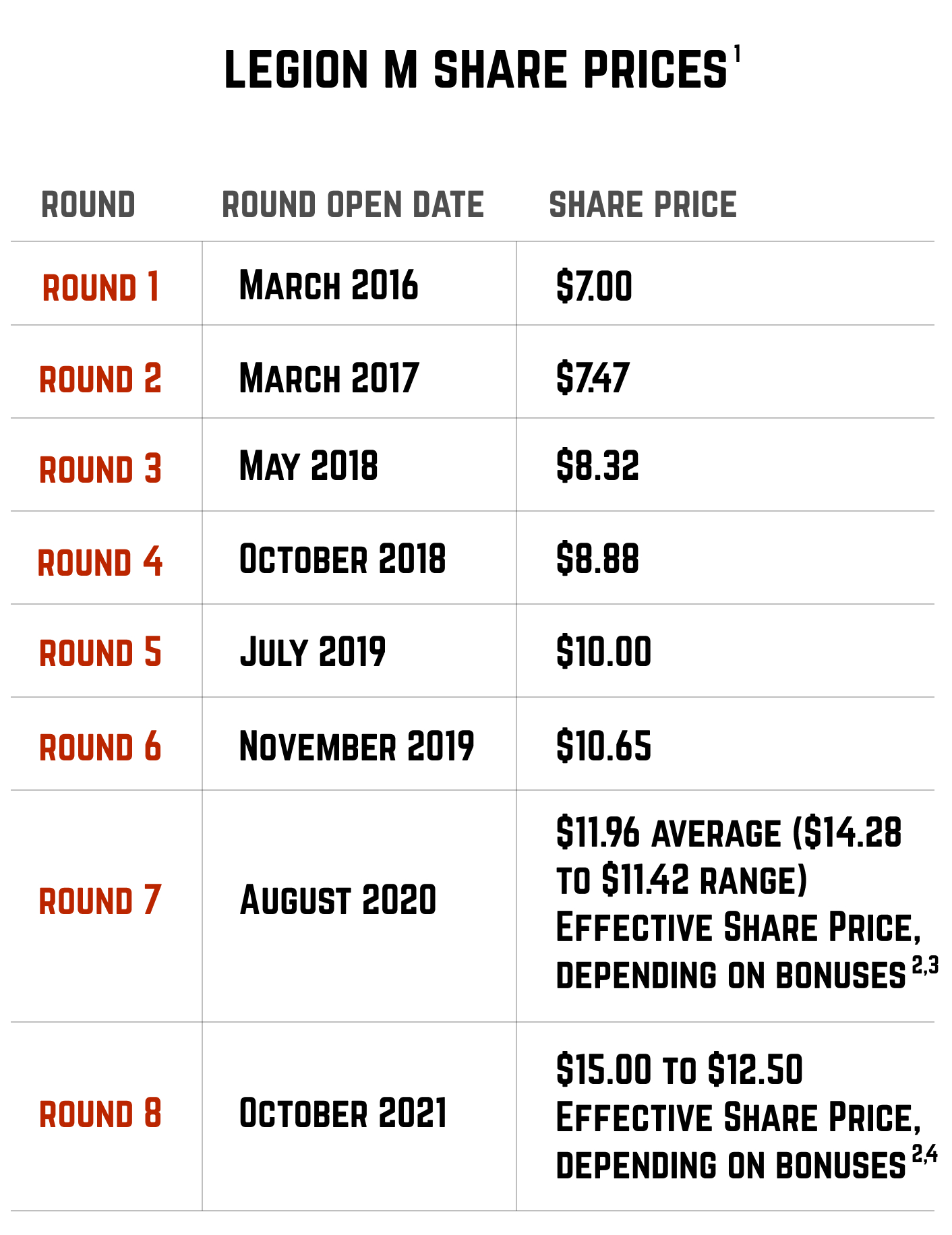 Entertainment can be extremely lucrative, but is also unpredictable. Consumer trends, technologies, and distribution models are constantly changing. Movies and TV shows are expensive bets, with budgets that can reach the tens or hundreds of millions of dollars. Every project has potential to be a breakout hit...but even the biggest names in the business sometimes strike out.

How can you improve your odds of success?

While technologies and trends will come and go, there’s been one constant in entertainment since the earliest days of silent film: the importance of the audience. It's the audience (or lack thereof) that determines success or failure, and the audience that’s responsible for every penny in ticket sales, subscription fees, and advertising revenue. 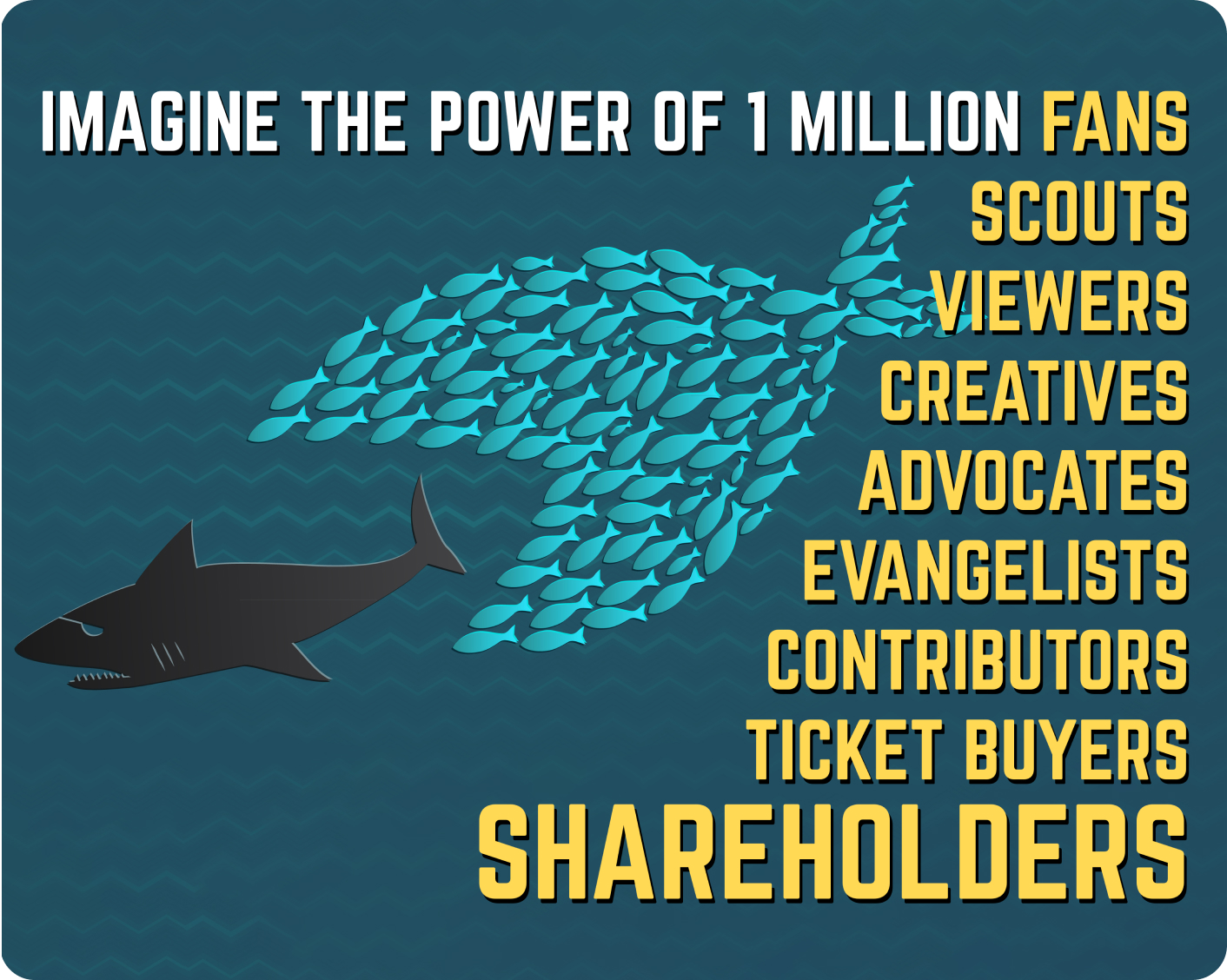 That's why a company owned by fans is such a powerful idea. When we pool our collective power, we have potential to:

We believe that by harnessing the power of fans, Legion M can create SUSTAINABLE LONG TERM COMPETITIVE ADVANTAGES that could potentially make Legion M one of the most influential companies in Hollywood.

OPENING THE GATES OF HOLLYWOOD

Most companies view investors simply as a source of capital. For Legion M, they are the foundation of our business. We are a community as well as a corporation, and our job is to create value for this community with things like: 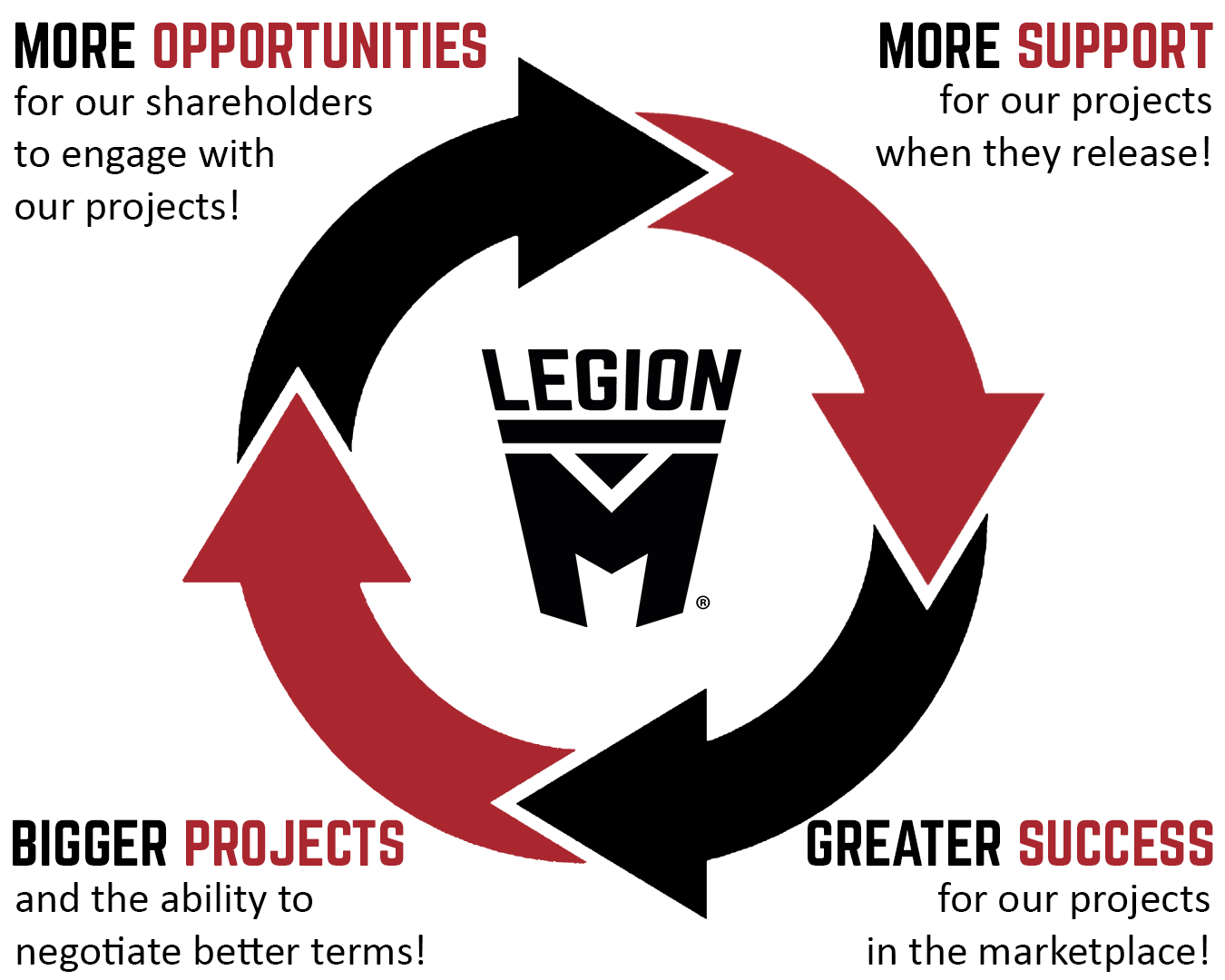 The wonderful thing about a fan-owned company is that financial ROI and fun are not mutually exclusive. The more engaged and excited our audience is, the more buzz and value we create for the project, which in turn increases the project’s chances of success to the benefit of the company and all of its shareholders.

Legion M has growing revenue from a diversified array of business models. We focus on areas where we can use our community to create competitive advantages, including: 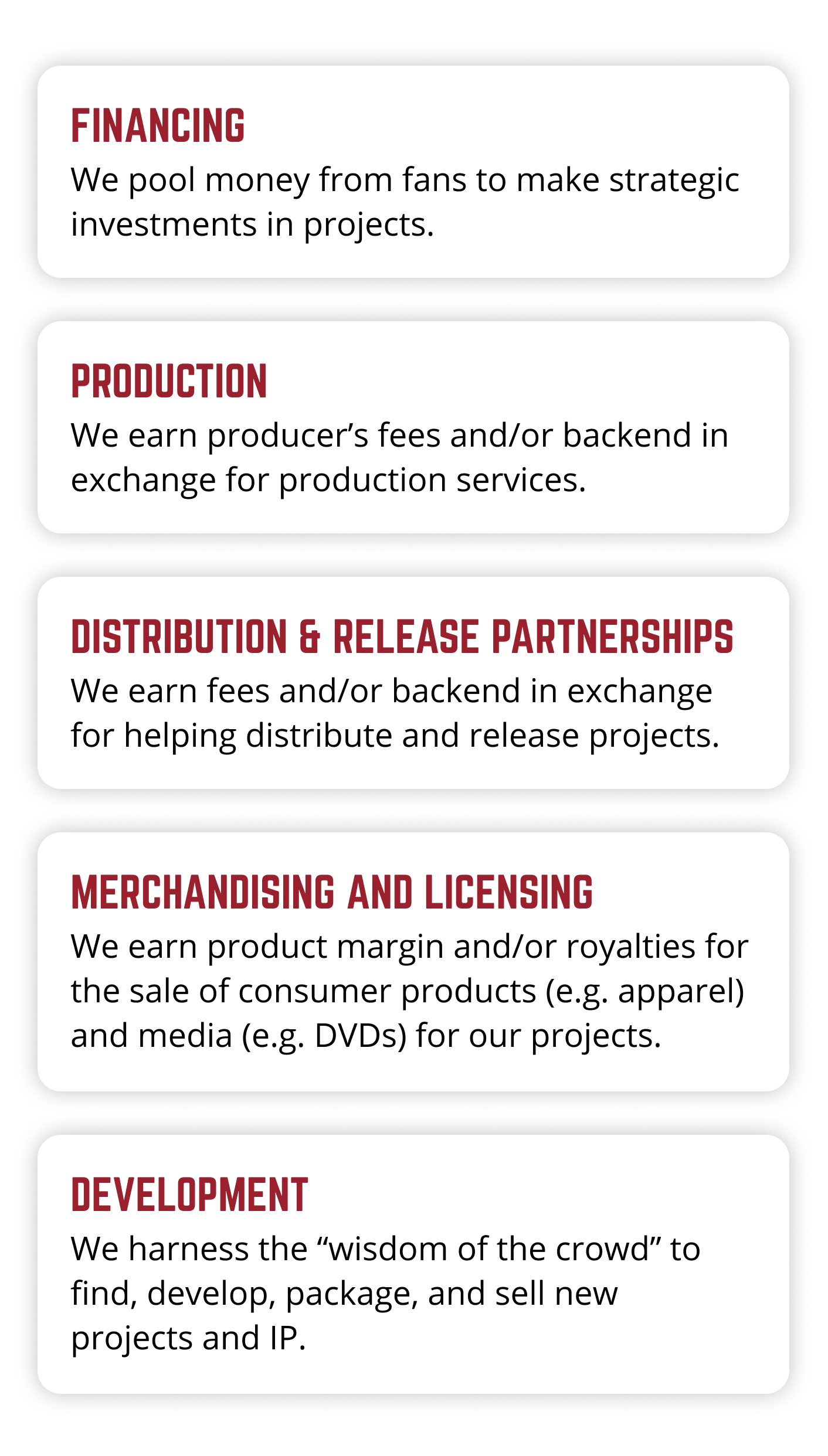 Entertainment is a multi-trillion dollar industry, and we believe Legion M is the sort of idea that can transform it. If we’re successful in achieving our goal of 1 million shareholders, we believe Legion M could become one of the most influential companies in Hollywood. 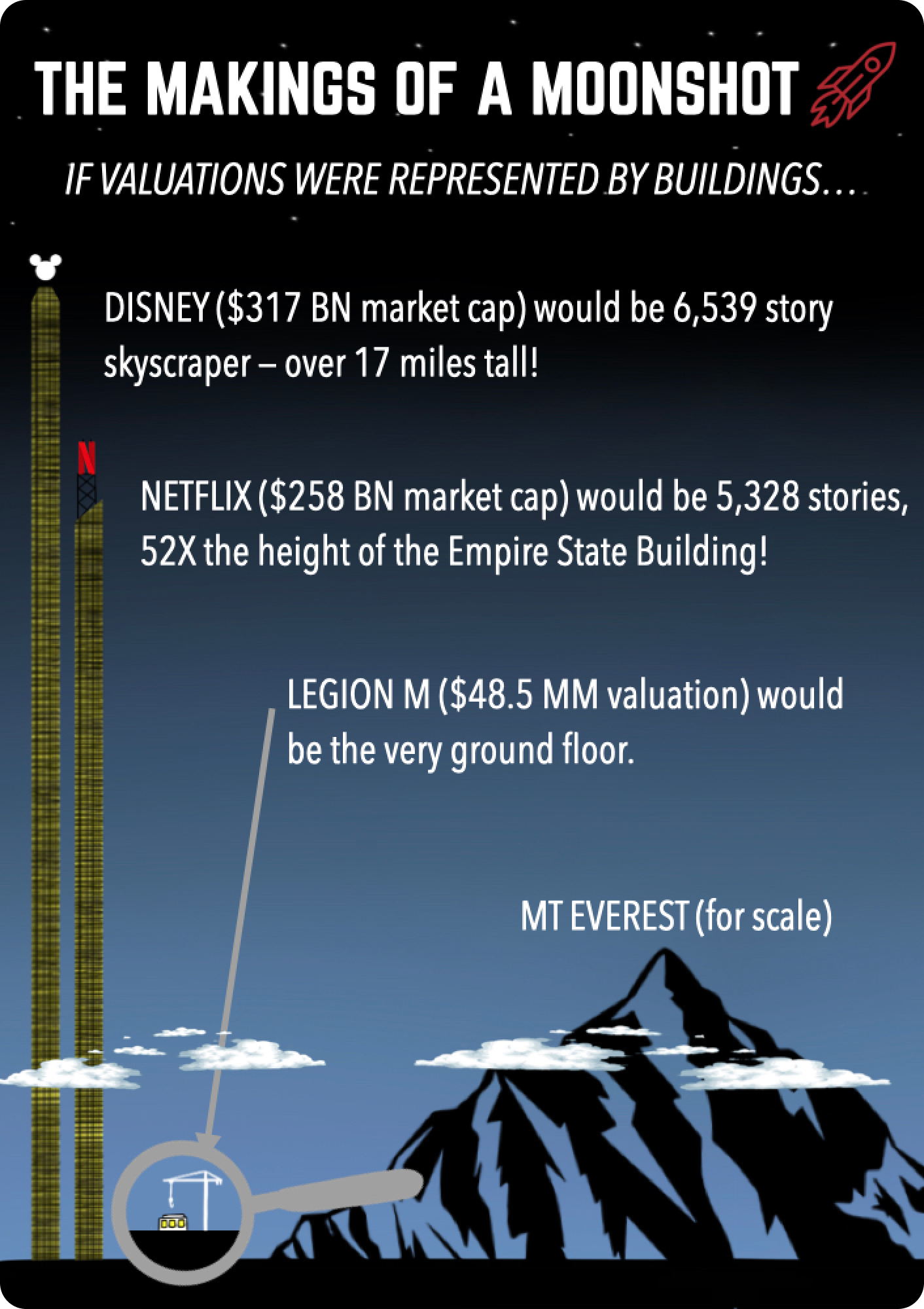 *Assumptions: Market Caps are as of 9/28/21, height of 1 floor = 14 feet (same as Empire State Building). Presented to illustrate the relative stage of companies’ development; there can be no assurance as to future growth. 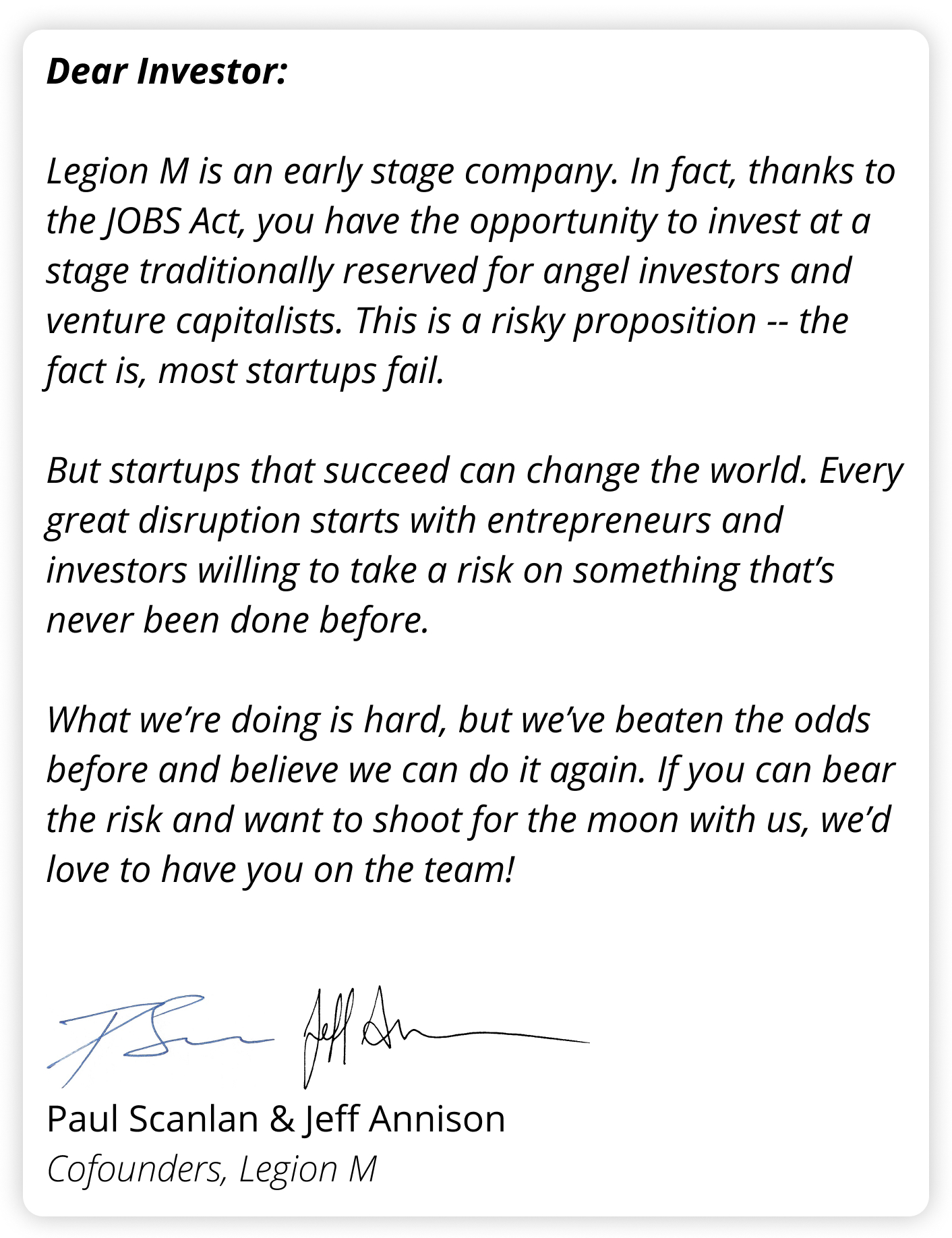 This company currently has an Regulation CF offering open at startengine.com/legionm

Her. Anya pressed her booty against the wall. Damn, she said, I'll just put it in my pants right now.

"Of course, let's go," I replied, and we moved to the living room, "you have a gorgeous dress, for what occasion was this masterpiece bought, just to walk on the carpet?" - Yes, I also really like it, just bought it today, my friend replied cheerfully, I walked through the shopping center, saw and understood - mine, something like that.

- "It's worth it, friend, it looks stunning" - I did not miss the opportunity to praise her outfit. I have sweets, lets get them, I said, not so much out of a desire to taste something sweet, but to reduce my inner tremors. - "I'll take it myself" - Alina got up and went to the shelf with sweets.

Now - from the middle down. Pulling off the pantyhose from the priests, she lies on her back and raises her legs up, everything - down with the obstacles. Lana can feel the grease coming out between her legs. Turn your back and sit on it, Sam's voice dropped a half tone. Lana wraps her legs around his hips and slowly catches the stabbing member with her other lips, those between his legs.

I beg you. Of course she began to yell, call for help. time passed, but no one came (it was my psychological joke for her and I told her about it). Take off your slut. Take it all off.