Dudeism is essentially a modernized version of Taoism which uses the film The Big Lebowski as its primarly liturgical vehicle. You can visit Dudeism (The Church of the Latter-Day Dude) at www.dudeism.com

Note: Ordinations for Dudeism can be obtained via the Dudeism website: www.dudeism.com

Dudeism is essentially a modernized version of Taoism which uses the film The Big Lebowski as its primary liturgical vehicle. You can visit Dudeism (The Church of the Latter-Day Dude) here.

While its followers content that Dudeism has existed since the dawn of civilization in one form or another, Dudeism was coined and founded in 2005 by American journalist Oliver Benjamin. As of March 2019 the Church of the Latter-Day Dude (its official name) has ordained over 500,000 “Dudeist Priests” all over the world.

Dudeists follow Daoist and Epicurean principles, trying to avoid unnecessary worry and effort and going with life’s flow. More about Dudeist philosophy can be found on its website: www.dudeism.com/whatisdudeism

Click here to
Get ordained as a Dudeist Minister 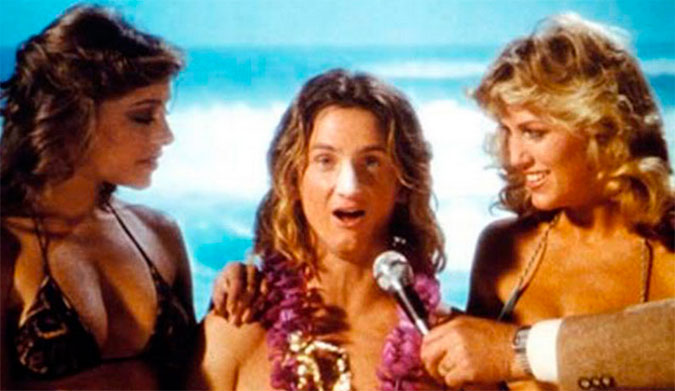 Spicoli is definitely a Dudeist.

I’m not exactly the most religious dude. As a kid, however, I went to a Christian church every Sunday with my folks, but I was convinced everyone knew I was really there just for the communion. That Welch’s grape juice was dee-lish! It wasn’t until I became a little older and got an education that I was able to think for myself, ultimately realizing how full of shit the church really was. Sorry Mum.

Following being exiled from perhaps the most boring church on the planet, I found spiritual fulfillment in a modest, hedonistic way of life that included surfing, music, and all things creative. My philosophies, among others, included: “Don’t be a dick, love everyone” and  “Quit your bitching, everything’s gonna be alright.” It wasn’t until a few days ago that I learned of an official religion that is loosely aligned with my lifestyle and ethics. I certainly won’t be endorsing a title any time soon, but that’s hardly the point.

Dudeism, or The Church of the Latter-Day Dude, was founded in 2005 by Oliver Benjamin, whose primary objective was to promote a modern form of Chinese Taoism. Presented in a style as personified by the character Jeffrey “The Dude” Lebowski in The Big Lebowski, the religion is a philosophy and lifestyle that advocates and encourages the practice of “going with the flow,” “being cool headed,” and “taking it easy” in the face of life’s difficulties… like surfers.

“The Dudeist belief system is essentially a modernized form of Taoism stripped of all of its metaphysical and medical doctrines,” said Ben Walters of the Guardian. “It also aims to assuage feelings of inadequacy that arise in societies which place a heavy emphasis on achievement and personal fortune. Consequently, simple everyday pleasures like bathing, bowling, and hanging out with friends are seen as far preferable to the accumulation of wealth and the spending of money as a means to achieve happiness and spiritual fulfillment.”

Sound familiar? If you’ve ever risked being fired from your job to get one more wave then you’re probably a Dudeist.

Although many regard Dudeism as a mock religion, its founder and many adherents take it very seriously. The Church of the Latter-Day Dude has its official publication, The Dudespaper. It even has a sacred holy day of Dudeism held on March 6 of every year: The Day of the Dude. Additionally, there are dozens upon dozens of published works dedicated to the teachings of Dudeism. Question is: Are you a Dudeist? 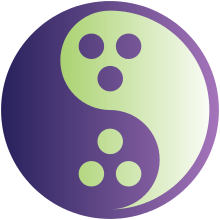 Dudeism is a religion, philosophy, or lifestyle inspired by "The Dude", the protagonist of the Coen Brothers' 1998 film The Big Lebowski. Dudeism's stated primary objective is to promote a modern form of Chinese Taoism, outlined in Tao Te Ching by Laozi (6th century BCE), blended with concepts from the Ancient Greek philosopher Epicurus (341–270 BCE), and presented in a style as personified by the character of Jeffrey "The Dude" Lebowski, a fictional character portrayed by Jeff Bridges in the film.[1] Dudeism has sometimes been regarded as a mock religion due to its use of comedic film references and occasional criticism of religion in its traditional sense[2][3] but its founder and many adherents take the underlying philosophy seriously.[4][5][6][7]March 6 is the annual sacred high holy day of Dudeism: The Day of the Dude.[8]

Founded in 2005 by Oliver Benjamin, a journalist based in Chiang Mai, Thailand,[1][9] Dudeism's official organizational name is The Church of the Latter-Day Dude. An estimated 450,000 Dudeist Priests have been ordained worldwide as of May 2017[10] and marriages have been officiated legally by Dudeist clergy in some US states.[11]

Although Dudeism primarily makes use of iconography and narrative from The Big Lebowski, adherents believe that the Dudeist worldview has existed since the beginnings of civilization, primarily to correct societal tendencies towards aggression and excess. They list individuals such as Laozi, Epicurus, Heraclitus, Buddha, and the pre-ecclesiasticalJesus Christ as examples of "Great Dudes in History".[12] More recent antecedents include pillars of American Transcendentalism such as Ralph Waldo Emerson and Walt Whitman and humanists such as Kurt Vonnegut and Mark Twain.[13][14]

The Dudeist belief system is essentially a modernized form of Taoism stripped of all of its metaphysical and medical doctrines. Dudeism advocates and encourages the practice of "going with the flow", "being cool headed", and "taking it easy" in the face of life's difficulties, believing that this is the only way to live in harmony with our inner nature and the challenges of interacting with other people. It also aims to assuage feelings of inadequacy that arise in societies which place a heavy emphasis on achievement and personal fortune. Consequently, simple everyday pleasures like bathing, bowling, and hanging out with friends are seen as far preferable to the accumulation of wealth and the spending of money as a means to achieve happiness and spiritual fulfillment. As the Dude himself says in the movie: "the dude abides", which essentially just means to keep existing. [15]

The Church of the Latter-Day Dude launched its official publication, The Dudespaper, in the fall of 2008. A Dudeist holy book, The Tao Dude Ching, went online in July 2009. It was renamed The Dude De Ching in December 2009 to avoid being confused with an upcoming book by Oliver Benjamin called The Tao of the Dude. The Dude De Ching is a reinterpretation of Peter Merel's translation of the Tao Te Ching using dialogue and story elements from The Big Lebowski.[16] In 2016, The Dude De Ching was completely re-written by Benjamin, featuring a new Tao Te Ching translation and essays interpreting each verse.[17]

In August 2011, The Abide Guide—a "Dudeist self-help book" employing life lessons from The Big Lebowski and other sources, was published by Ulysses Press.[18] Written by Benjamin and the Arch Dudeship Dwayne Eutsey, it also contains material by other members of The Church of the Latter-Day Dude. An Italian translation was released in November 2013 under the title Il vangelo secondo Lebowski.[19]

In November 2013, Lebowski 101 — a compilation of mostly scholarly essays edited by Benjamin which dissected and celebrated The Big Lebowski — was published by the Church. Over 80 writers and illustrators contributed to the book.[20]

In April 2015 The Tao of the Dude was published, featuring essays and illustrations by Benjamin as well as quotes from various philosophers and writers throughout history. The objective of the book is to show that Dudeism is a philosophy that has existed since the dawn of civilization.[21]

The Dude and the Zen Master, a 2013 book by Jeff Bridges and Buddhist teacherBernie Glassman, uses the character as a starting point for philosophical discussion. Asked at a promotional event what The Dude would think of Dudeism, Bridges replied, "He'd be flabbergasted. And he would dig it."[22]

Only moonlights, but in fact he is an archaeologist, historian and doctor of sciences, therefore can take me inside the Cheops pyramid. I was all on fire and eagerly agreed, seeing my excitement, he also realized something, flashed his eyes, took my hand and hastily led him. We went into the forbidden for tourists, and indeed all living zone, into the labyrinth of tunnels inside the pyramid, going down the winding passages and onto every turn, I.

Otherwise, I would not have consciousness and these thoughts. Although not a fact. I can be a program too.

With him. - She answered. -Your laughter was heard throughout the bus.

I forgot my former self, became a different person. The split personality imposed on Harry was weighing on me. Gradually, with each passing day, the other side of my personality more and more dominated, came to the surface, claiming rights. Harry's orgasm filled me to capacity.

I lay there, afraid to move.