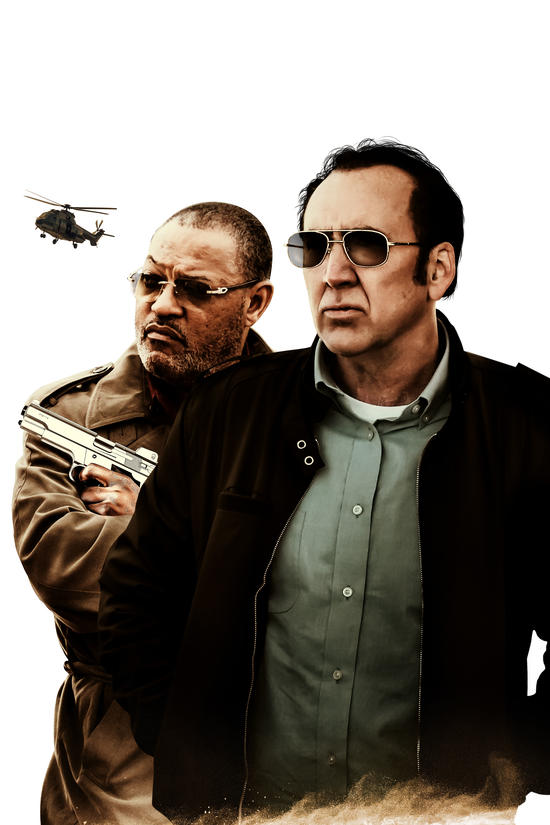 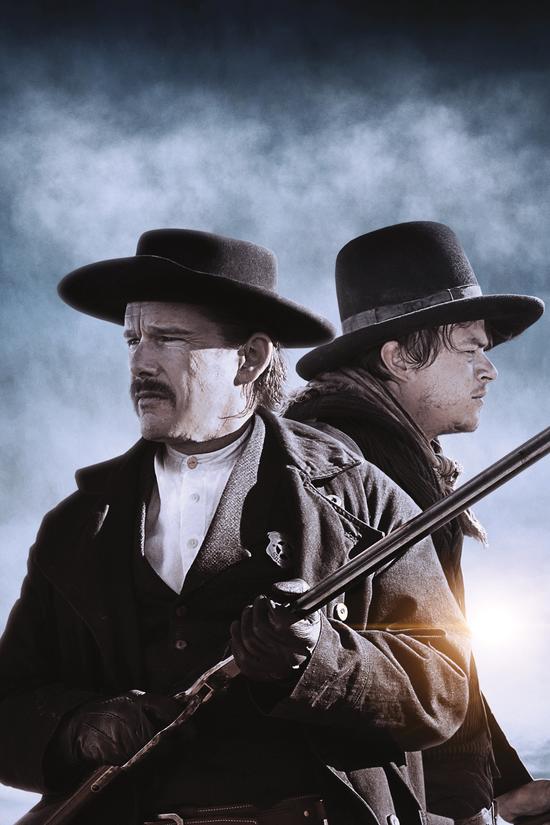 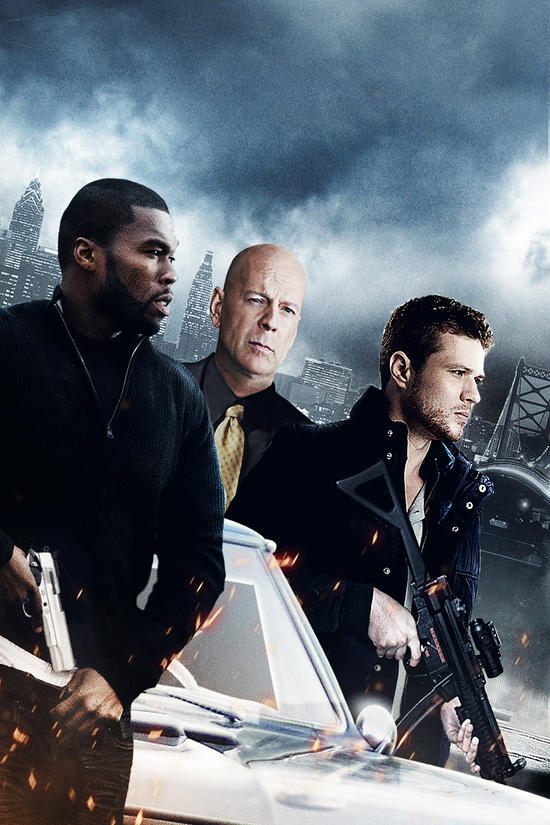 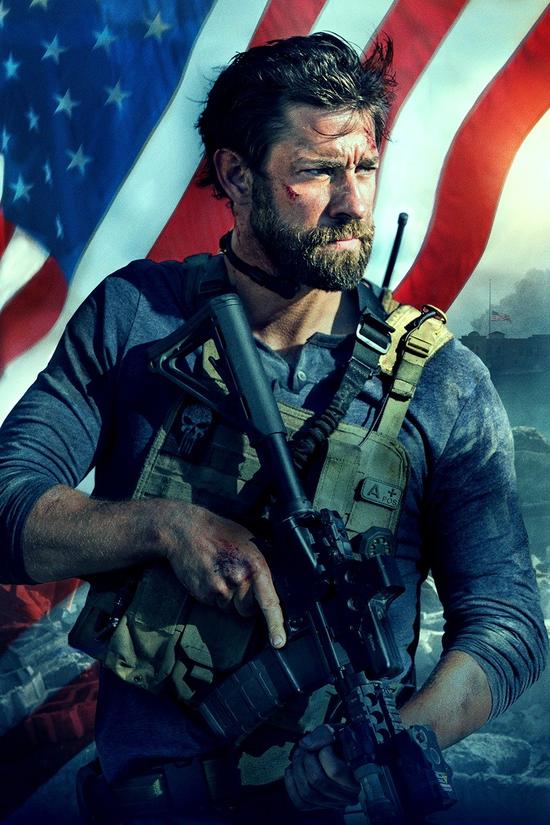 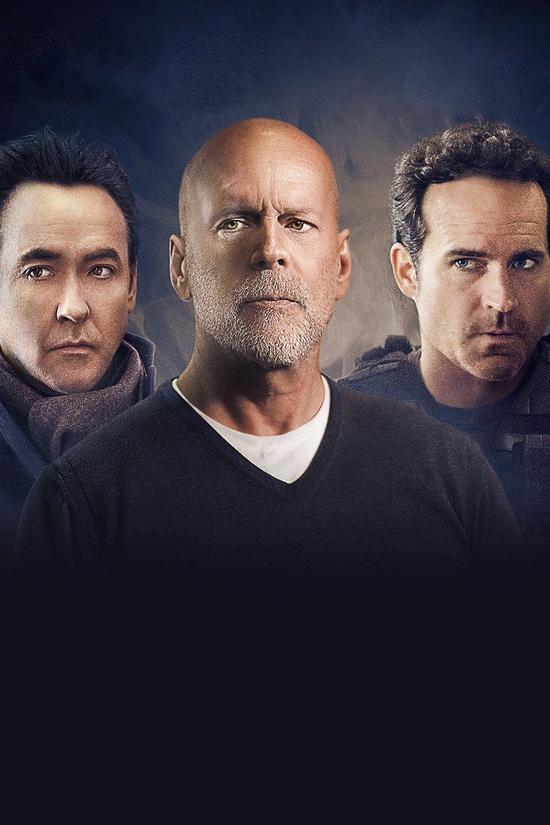 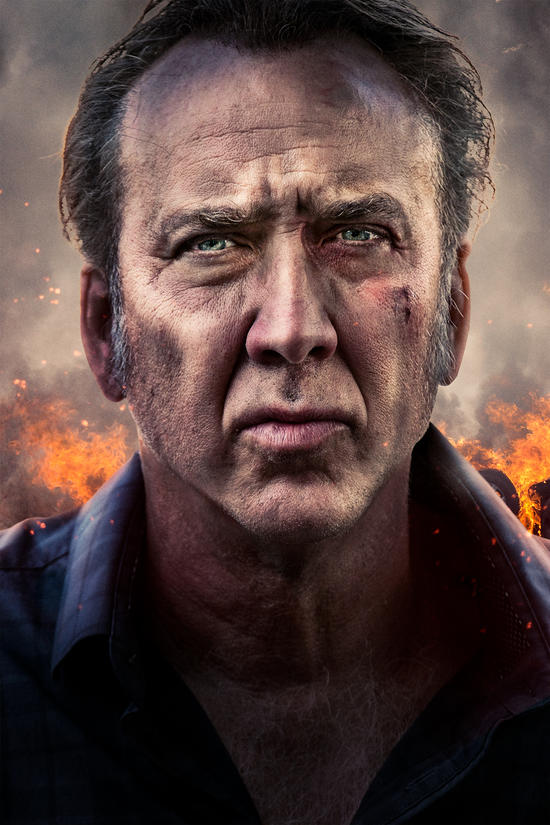 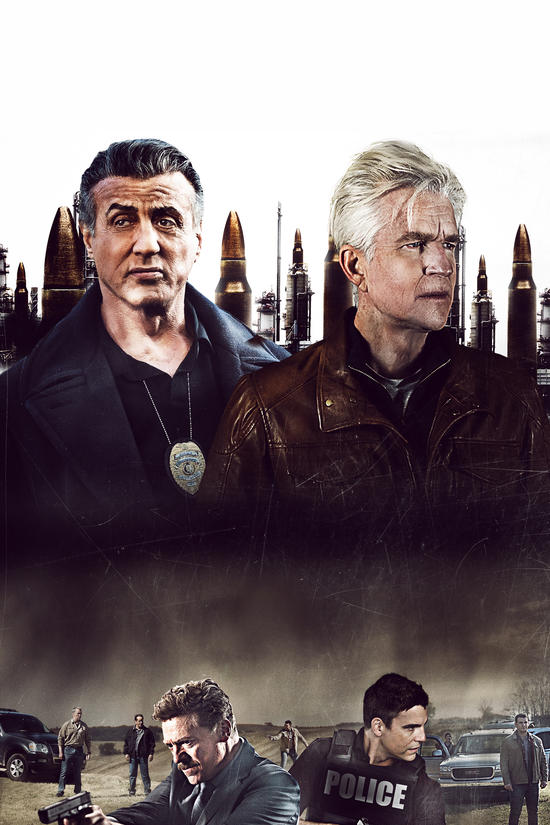 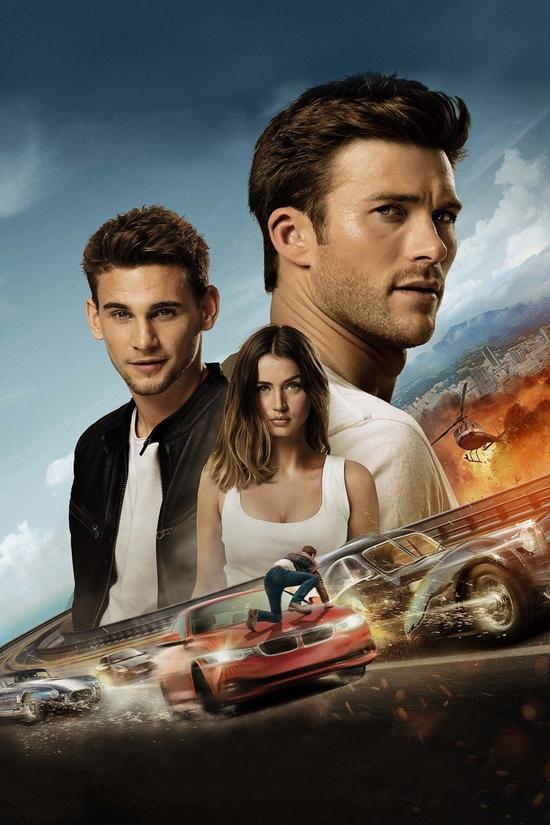 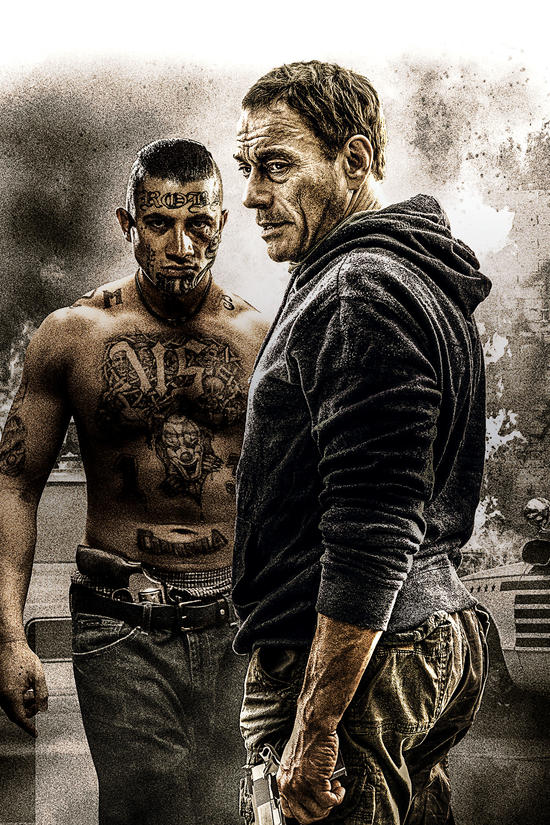 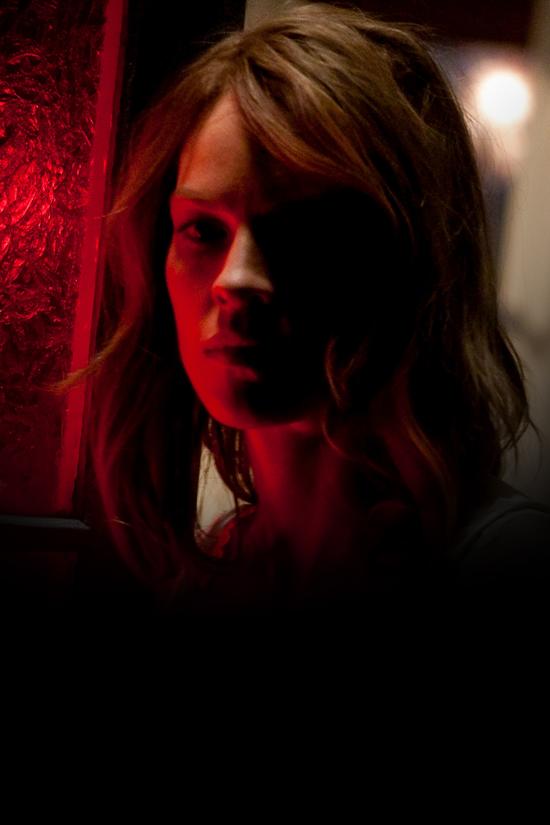 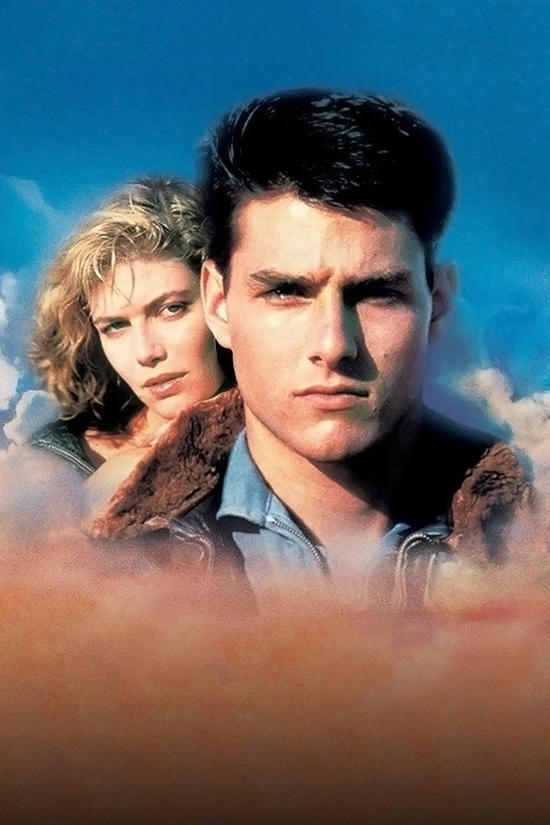 Colin Firth is the undoubted king of British period dramas!

Born in Hampshire, England in September 1960, the actor first shot to fame as part of the so-called ‘Brit Pack’ of new young British actors in the 1980s, alongside the likes of Daniel Day-Lewis, Gary Oldman and Rupert Everett.

However, it was his role as Fitzwilliam Darcy in 1995’s TV adaptation of Jane Austen’s Pride and Prejudice that saw Firth win the hearts of British period drama fans across the world.

He received his first Academy Award nomination in 2009 for A Single Man and finally won the Best Actor award the following year with his portrayal of King George VI in 2010’s The King’s Speech.

In recent years, Firth has even established himself as a surprising action star in the two Kingsman movies.

He married Italian film producer and director Livia Giuggioli in 1997 and the couple have two sons, Luca and Matteo. Just when you thought he couldn’t be more perfect, Firth is now fluent in Italian!

When he’s not acting, he has campaigned passionately on many issues, including the rights of indigenous tribal people, asylum seekers’ issues, and the environment.

Firth recently appeared in Mary Poppins Returns and can next be seen in a new adaptation of The Secret Garden.

Loosely based on the true story of ‘Cambridge Five’ spy and double agent Guy Burgess, 1984’s Another Country featured Colin Firth in his movie debut alongside a young Rupert Everett.

The romantic historical drama explores the snobbery and hypocrisy of life in an English private boarding school in the 1930s.

Reviewers gave Everett and Firth praise for their “splendid performances” in this “impressive film adaptation of Julian Mitchell’s award-winning play.”

Another Country is available to watch on Amazon Prime Video.

The story follows the badly burned Laszlo de Almasy as he reveals his past to a young nurse in an Italian monastery towards the end of World War II.

The English Patient was nominated for an incredible twelve Oscars, winning nine at the 69th Academy Awards.

The English Patient is available to watch on Amazon Prime Video.

One of the most successful movies of 1998, this romantic period comedy-drama went on to win seven Oscars.

Shakespeare in Love tells a fictional love story about an affair between playwright William Shakespeare (Joseph Fiennes) and a wealthy young female aristocrat, played by Gwyneth Paltrow, who desperately wishes to act.

“It almost defies you not to have fun.” wrote The Independent in its review.

Shakespeare in Love is available to watch on Amazon Prime Video.

4. The Importance of Being Earnest

Appearing on screen together for the third time in this list, Rupert Everett and Colin Firth leads the cast this 2002 adaptation of Oscar Wilde’s play.

Set in 1890s London,The Importance of Being Earnest is a classic British farce about mistaken identities, with a wonderful turn by Judi Dench as Lady Bracknell.

The Chicago Tribune found that the movie “inspires rapid-fire bouts of laughter.”

The Importance of Being Earnestavailable to watch on Amazon Prime Video.

5. Girl with a Pearl Earring

Released in 2003, Girl with a Pearl Earring is set the city of Delft in Holland and also features Scarlett Johansson as the titular young servant, alongside Tom Wilkinson (The Best Exotic Marigold Hotel), Cillian Murphy (Peaky Blinders) and Judy Parfitt (Call the Midwife).

Girl with a Pearl Earringavailable to watch on Amazon Prime Video.

Easy Virtue sees a glamorous American widow meets and marry a young Englishman at the Monaco Grand Prix. Family dramas arise when the pair return to England to meet the young man’s family.

Firth is joined by Jessica Biel, Ben Barnes and Kristin Scott Thomas in the movie.

Easy Virtue is available to watch on Amazon Prime Video.

Colin Firth plays Lord Henry Wotton, with Ben Barnes playing Dorian Gray, in this fantasy-horror drama about a handsome Victorian gentleman whose image is captured in a painting that stops him ageing.

On the movie’s release, The Guardian wrote that Dorian Gray has “the style of a Hammer shocker from decades ago; Wilde’s romance is caricatured, certainly, but the whole thing is socked over with gusto.”

Dorian Gray is available to watch on Amazon Prime Video.

Set in Los Angeles in 1962, the directorial debut of fashion designer Tom Ford adapted Christopher Isherwood’s novel of the same name in 2009.

Firth stars as George Falconer, a middle-aged English college professor struggling with depression following the death of his partner in a car crash.

A Single Man was described as “a thing of heart-stopping beauty” by The Times.

A Single Man is available to watch on Amazon Prime Video.

Colin Firth won an Oscar for ‘Best Actor’ at the 83rd Academy Awards in 2011 for his role as the future King George VI.

Set in the 1930s, The King’s Speech follows George’s attempts to cope deal with his stammer, aided by Australian speech and language therapist Lionel Logue, played by Geoffrey Rush.

The movie received a total of twelve Oscar nominations, winning four awards at the ceremony, and also won seven BAFTAs.

The King’s Speech is available to watch on Amazon Prime Video.

Tinker Tailor Soldier Spyfollows the search for a Soviet double agent at the top of the British secret service in early 1970s London.

The Cold War thriller was called “a triumph” in The Daily Telegraph‘s 5-star review.

Lomax was a British officer sent to a Japanese POW camp in Singapore during World War 2, where he was made to work on the Thai-Burma Railway. Three decades later, Lomax is supported by his wife as he deals with the psychological trauma of his wartime experiences.

The Scotsman‘s review called The Railway Man“a modest, old-fashioned film it may be, but with cumulative power that’s surprisingly affecting.”

The Railway Man is available to watch on Amazon Prime Video.

Firth joined up with Nicole Kidman again for Genius, a 2016 biographical drama film set in 1929 in New York.

Based on A. Scott Berg’s 1978 National Book Award-winner Max Perkins: Editor of Genius, the movie was described by the Boston Globe as “an intriguing study of the personalities and torturous process behind some of the early 20th century’s great writing.”

Genius is available to watch on Amazon Prime Video.

Teaming up once more with Rupert Everett – who wrote and directed The Happy Prince as well as leading the cast as Oscar Wilde – Firth played English author Reggie Turner in this 2018 movie.

The story finds Wilde on his death bed a cheap Parisian hotel room, as the past floods back, transporting him to other times and places.

Vulture praised The Happy Prince for proving that “a film can be both bleak and warm-spirited, as befits its mighty subject.”

The Happy Prince is available to watch on Amazon Prime Video.

The Mercytells the incredible true story of amateur sailor Donald Crowhurst, played here by Firth, who competed in the 1968 Sunday Times Golden Globe Race in the hope of becoming the first person in history to single-handedly circumnavigate the globe without stopping.

Colin Firth put in his “best performance in years,” according to The Telegraph.

The Mercy is available to watch on Amazon Prime Video.

September 2009's best movies were The Pool Boys, Cloudy with a Chance of Meatballs, Tyler Perry's I Can Do Bad All by Myself and Sorority Row.

November 2009's best movies were The Princess and the Frog, Pirate Radio, The Blind Side and Disney's A Christmas Carol.

He never loved me. He always treated me like a thing, like a piece of furniture. Why did you marry him. I asked, looking at the fire.

Anna at that moment was finishing putting on her panties. Turning around, she gasped. Angela, you look amazing.

He was taken aback by this course of events, but only for a second. Passion just flared up in him. Our tongues wrote intricate peruettes, and were like hot, dancing flame. When we pulled away from each other, I noticed that the blouse was already unbuttoned halfway, and the left breast looked tenderly.

In the same bed with them, - she ran her fingers into his thick brown hair, which was already loose by the evening. He laughed out loud, squeezing my. Knees almost to pain: But I immediately realized that you are a tigress. Well, let's go, we'll teach the youth.