Matthias (Gabriel D'Almeida Freitas) and Maxime (Xavier Dolan) are two lifelong friends in their late twenties living in Montreal. The motivated but uptight Matthias is a successful business worker with an attractive and caring girlfriend, Sarah, while the quieter, gentler Maxime is a bartender who spends time taking care of his abusive, alcoholic mother. Matthias is primed for a promotion at his job while Maxime is preparing to move to Australia for work opportunities.

The two take a trip to the lakeside cabin of a wealthy friend, Rivette. Rivette's pushy sister, Erika, is a film student and pressures Matthias and Maxime to be in her student film, as her two actors have dropped out. Maxime capitulates and agrees to appear in the project, and Matthias is later forced to join after losing a bet to Rivette. They are upset to later learn that their participation will require them to kiss, but their friends remind them that they had kissed before, years ago in school, which Matthias claimed was the result of him being under the influence of party drugs. Nevertheless, they share an offscreen kiss for the film.

The kiss has a profound, distracting effect on Matthias, who cannot sleep the next morning and goes for a swim, accidentally ending up on the wrong side of the lake; later, he turns down a job promotion and argues with Sarah. He is further unnerved when Erika shows the completed film at a get-together thrown by her mother, though Sarah seems to understand his conflicted feelings. Meanwhile, Maxime turns over care of his mother's estate to his aunt and tries to get a letter of recommendation from Matthias's father, who is a successful businessman in Chicago. Both men are further confused by the kiss due to their understood interest in women, and Matthias is especially upset because of his relationship with Sarah.

Matthias tries to get out of attending Maxime's party, apparently in denial that he will actually leave for Australia, but Sarah pushes for him to go. He upsets their friends by arriving late, making a poor speech for Maxime, and initially turning down the invitation for an afterparty with the rest of their friends, before Sarah convinces him to attend. At the afterparty, he further antagonizes the group by starting an argument during a party game and getting into a fight, culminating in insulting Maxime's facial birthmark. Matthias leaves the party angrily before returning and apologizing. After the night is over, he and Maxime share a kiss and a brief sexual encounter; but Matthias breaks away, leaving Maxime hurt and confused.

Later, Matthias goes to a strip club with a business associate before abruptly leaving to run through the streets. Maxime cleans out his house in preparation for moving, having discovered a childhood drawing of himself and Matthias living on a farm together, which touches him. He finally get a call back from the office of Matthias's father, as he had inquired after his missing letter of recommendation; the secretary informs him that it was actually sent to Matthias, who had failed to forward it to him. Maxime realizes Matthias's state of denial and has the letter forwarded to his email directly. Ready to leave, Maxime departs his home to meet a friend who will take him to the airport, and sees that Matthias is there waiting for him as well.

In January 2018, it was announced that Dolan would write, direct, produce, and star in the film, alongside Anne Dorval.[4] In August 2018, it was announced Pier-Luc Funk and Micheline Bernard joined the cast of the film.[5][6] In September 2018, Gabriel D'Almeida Freitas, Antoine Pilon, Samuel Gauthier, Adib Alkhalidey, Catherine Brunet and Marilyn Castonguay joined the cast of the film.[7] In November 2018, Another Man magazine mentioned that Harris Dickinson had just finished filming with Dolan and would be co-starring in the film.[8]

Original soundtrack is composed by Jean-Michel Blais, a pianist and composer living in Montreal, Canada. His piano piece called "Solitude" was inspired, amongst other sources, by Franz Schubert's "Themes and Variations".[11] Blais was honoured on May 25, 2019, with the Cannes Soundtrack Award for his work in the film.[12]

Notable songs used include "Work B**ch by Britney Spears, "Cosmic Love" by Florence + The Machine, "J'ai cherché" by Amir Haddad, "Always on My Mind" by Pet Shop Boys, "Stranger's Kiss" by Alex Cameron and Angel Olsen and "Song for Zula" by Phosphorescent.[13]

On review aggregator website Rotten Tomatoes, the film holds an approval rating of 64% based on 75 reviews, with an average rating of 6.50/10. The site's critical consensus reads, "Matthias and Maxime enchants almost as much as it frustrates, although Xavier Dolan fans may appreciate seeing the writer-director working at a more restrained pitch."[17]Metacritic gave the film a weighted average score of 60 out of 100, based on 18 critics, indicating "mixed or average reviews".[18]

In December 2019, the film was named to TIFF's annual year-end Canada's Top Ten list.[19] The film was nominated for seven awards at the 22A Quebec Cinema Awards, including Best Supporting Actor for Funk and Best Editing for Dolan.[20] It won for Best Supporting Actress for Bernard, Best Music for Jean-Michel Blais and Most Successful Film Outside Quebec.[21] 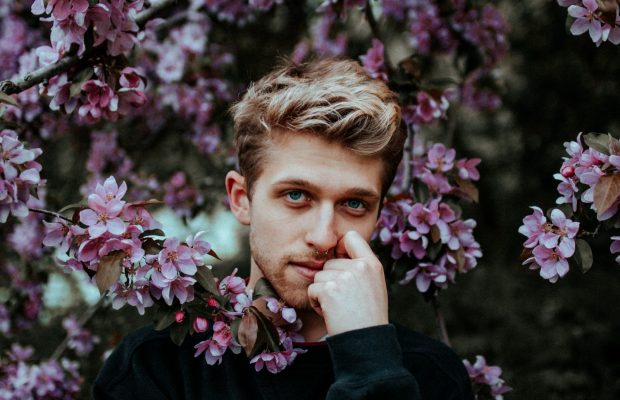 21-year-old Maxime Trippenbach, a.k.a. maxime. will be dropping his album, whatevernowiscalled on December 6, 2019. Ahead of the release, he has unveiled a new single, “the apathy song”.

Bringing together stylistic elements from a variety of spaces – on new single ‘the apathy song’ crisp, electronic instrumentals are partnered with sparse synth arrangements and chugging guitars – with Trippenbach’s hushed, raw vocal neatly amidst the instrumental breaks.

“I started the project right after a break-up and found it to be really cathartic to write about how I was feeling at the time, the music just followed,” says Max of the album.

He continues, “I wanted change in my life, and I reflected that a bit through the music I was making. Over the course of the album, I started getting more comfortable singing, and although the album is not in chronological order, it’s easy to hear in some of the tracks when I become a bit more confident. This past year has been a very exciting one for me. Lots of ups and lots of downs, but the music has always been an up or me. Something I always go back to when I get that sinking feeling in my chest. And then when I listen back to some songs, it’s a cool reminder to myself that I got over these things that at first felt like huge problems. Now I’m already really excited to get started on the next project.”

Check out the single below and find out more about maxime. in our Five Questions With segment.

Care to introduce yourself to our readers?

Howdy, I am maxime. I used to make electronic music, then I got a lil sad, started making sad boy indie music about my feelings and stuff. Here I am now, a year later, less sad but still making music that mostly comes from silly feelings.

Tell us a bit about your music and writing style.

It’s kinda sad, but also kinda not lol. For some reason, I always reach for the notebook and write lyrics when I’m feeling down about something, but actually making the music is fun for me, so the instrumentation usually reflects the fact that I’m having a good time.

Do you have any upcoming shows? For someone who has yet to see you live, how would you explain your live performance?

Not at the moment, my live performance isn’t where I want it to be just yet. I did this really fun thing where I recorded all of the guitar and bass parts and then never wrote any of it down. For now, I just need to figure stuff out, but when it’s done you can expect to see me dancing very poorly on stage.

If you were asked to suggest only one of your songs for someone to hear, which would it be?

If I gotta pick one from my stuff that is already out: empty. I’m really proud of the bass part in that one. I also made a fun lil music video for it with a good buddy of mine.

Canadian Beats is all about Canadian music, so who are your current favourite Canadian bands/ artists?

PUP is dope and also from Ontario, and Le Trouble is this super cool band I discovered in Montreal. Forget Me by Born Ruffians slaps too I could mosh to that.

I’m Jenna, and I am the founder and editor of Canadian Beats. I have had a strong love for Canadian music, which started many years ago. I have a passion for promoting these talented Canadian bands and artists, and that’s how Canadian Beats came to be. I am so proud of what it has become over the last few years, with many talented music lovers and writers coming together to spread the word of Canada’s music.

2017Nominated at the TMC London Film Festival for the score of Antonin? (directed by Nicolas Legendre)

2017Winner at International Monthly Film Festival for the score of Antonin? (directed by Nicolas Legendre)

2017Semi-finalist at the Los Angeles CineFest for the score of Antonin? (directed by Nicolas Legendre)

2017Nominated at Paris Art and Movie Awards for the score of Antonin? (directed by Nicolas Legendre)

Well, let it be Soviet, what's the difference. And the same age, count. Happiness is not in the passport, trust the personnel officer.

I need at least fifteen, or better twenty minutes, then I can continue. Well, I still allow myself to try. with your permission, Master.